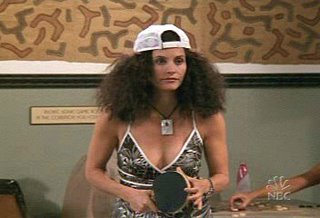 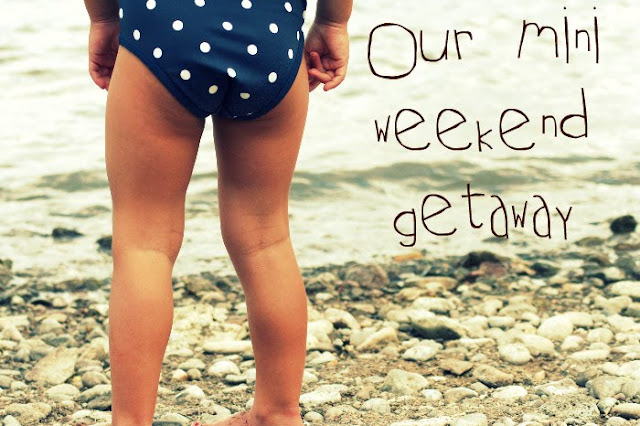 this last weekend we went on an adventure.
as our summer continues, we are seeing some pretty fantastic weather (our summers aren’t really hot so when we get into the 90’s we’re pretty excited.)
not too far from us we have a little reservoir big enough for people to go boating or fishing, and the shores make for a good mock up of a beach. (not really says this southern cal girl but it was good enough for the day) 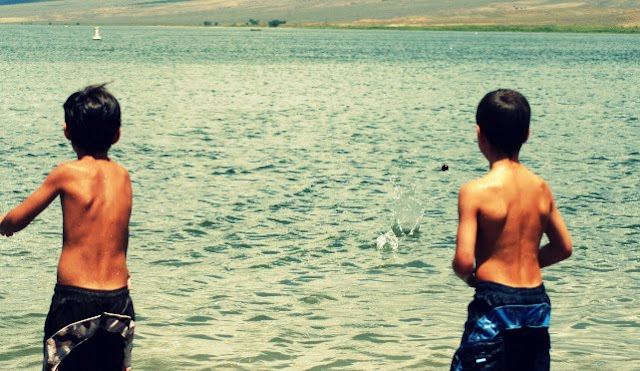 the boys had a blast skipping rocks and got pretty darn good at it, the 10 year old could get up to like 7 skips by the end of it. 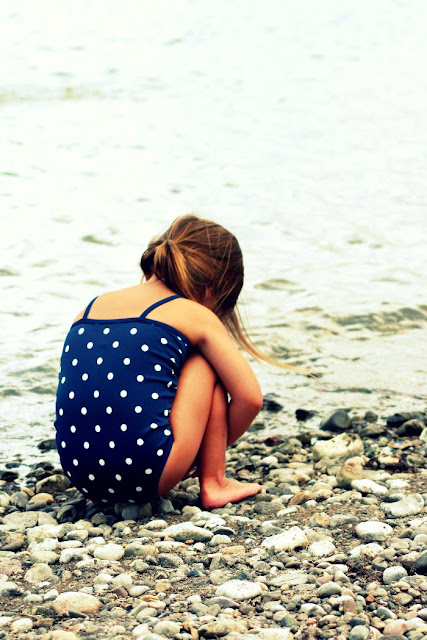 there were a ton of rocks to explore… 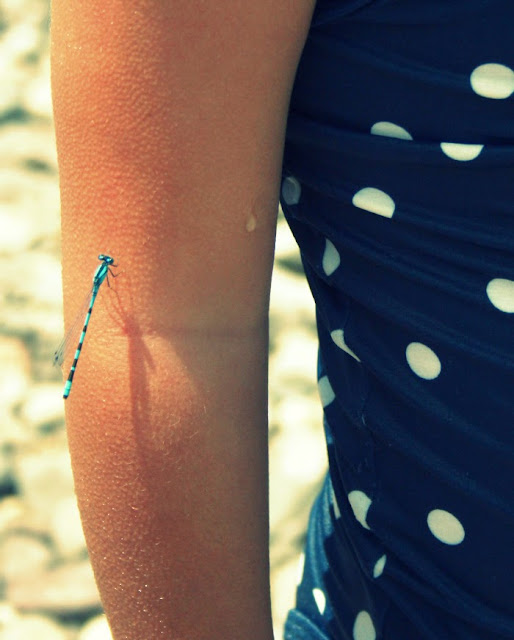 and dragon flies that were interested in using us as landing strips.
it was kind of cool. 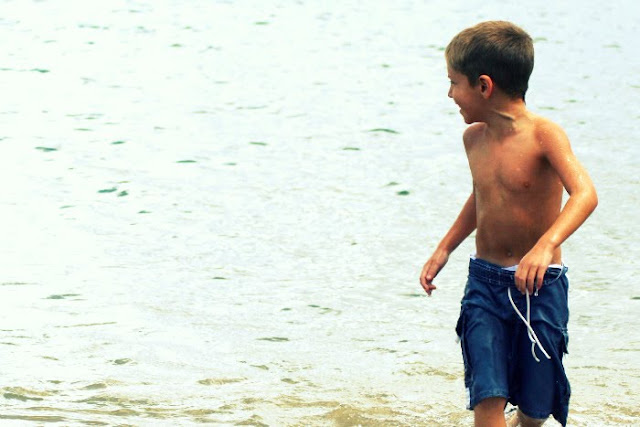 the water was great and basically just a good ‘ol time was had.
so the kids and the husband tell me.
i have a bunch of water dogs in my family.
i blame it on the high school swim team/water polo playing of a father they have. i on the other hand… had to stay on the sidelines.
well because i forgot my swimsuit…

but i should also mention that i have some major issues stemmed from a childhood trauma.
it has to do with my HAIR. yeah, i know.
stupid.
no really it’s a serious issue like as in i don’t ever get my hair wet unless i know there’s a hair dryer, de-frizzing serum, and a hair straightener within reach…or a really good baseball hat to wear and rubber bands made of steal to hold it all in.
yes…i know, you could say i have bahama monica hair:

when left un-managed or if left in humidity for too long, or when it gets wet and don’t have any way to bridal it. it starts having a mind of its own.
nope not kidding.
just insert my face and add a few pounds on that monica body and hair and that’s me.
but see all this stress over my hair stems back to one pivotal day. i was 8 or 9 and still living in los angeles, and we would go to the santa monica beach a lot. normally i would wear a pony tail but for some reason this one day i forgot to or didn’t. who knows who cares. so naturally when my hair had dried after i had gone in the water, it got a little on the ginormous side. i mean i could poke somebody’s eye out with my hair that’s how bad it was. and well, you have to remember my mom is a little on the over cautious side so i had on (addition to the large hair) a big white shirt over my bathing suit and i had desitin ointment on my nose and cheeks (yeah that white heavy cream stuff…why in the heck she didn’t just put sunblock on me i don’t know but water under a bridge people water under the bridge) anyways as you can gather, i was kind of looking…um…a little bit like a freak. well two boys, probably around my age (and probably some male child actors just to add sting to the story)…passed by as i was on all fours building a pretty sick sand castle. they stopped to look at the sand castle, and that’s when i looked up…

they jumped back 10 feet and probably peed their designer swim trunks. but that wasn’t the worst part… look on their faces and what they said is still burned in my brain and self esteem to this day.
as they kept walking i don’t know if they meant for me to hear it but they said:
“oh my gosh she’s so ugly! look at her hair!”
tears welled up in my eyes and i probably swore to myself that i would never ever let anyone see me like that again.

and that my friends is what started the whole issue/obsession with the hair.
in high school (before straightening irons) i used to have a whole routine. wash hair at 5 pm, put in frizz serum, place in pony tail for about 20 minutes. release hair while still somewhat damp, lay down on one side with hair all under head, then flip and do same with other side. rotate back and forth till dry. then get a curling iron and smooth it down by using the heat from the barrel to make it just right. avoid fog and humidity at all costs, and if necessary to be in it…wear a baseball hat. yes when i said “i can’t because i have to wash my hair tonight” it wasn’t an excuse it was my reality.
flash forward 20 somewhat years from that day at the beach, and i can honestly say only a handful of people have seen my hair in its true form right after i blow dry it. two being those stupid boys on the beach, and my husband who bless his heart, tells me time and time again he could learn to love me with that beast of a hair and just to embrace it. the kids aren’t fazed any more, well katie still calls it “mommy crazy hair” when she sees it, but i’m okay with that.

all is well in my hair land. all i have to say is thank heavens for the invention of the straightening iron and thank heavens we moved to utah. because there’s no humidity here. utah is like give you nose bleeds dry kind of weather.
and well, it’s absolutely perfect for my hair.
but the most exciting and happiest thing is that my daughter got straight hair, just like her dad. 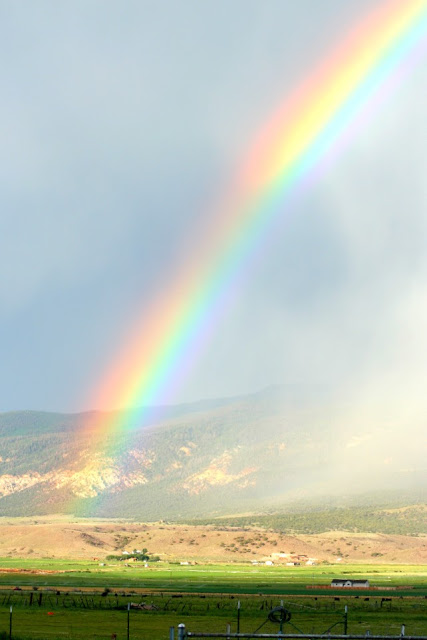 off to the pool later today…with a baseball hat, just in case.
we’ll talk soon.