V and Co: how to: sewing with ruffle fabric: make a scarf 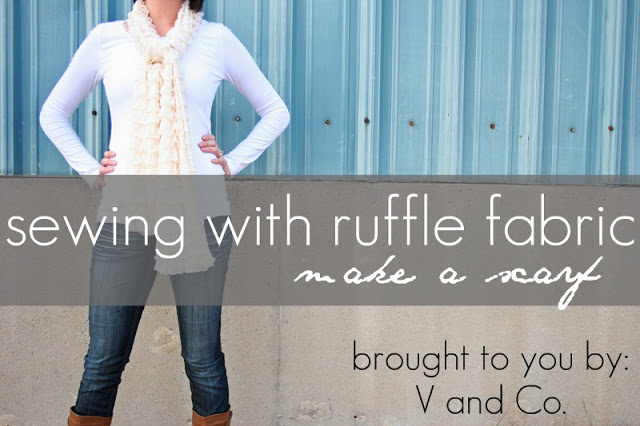 see my past projects: 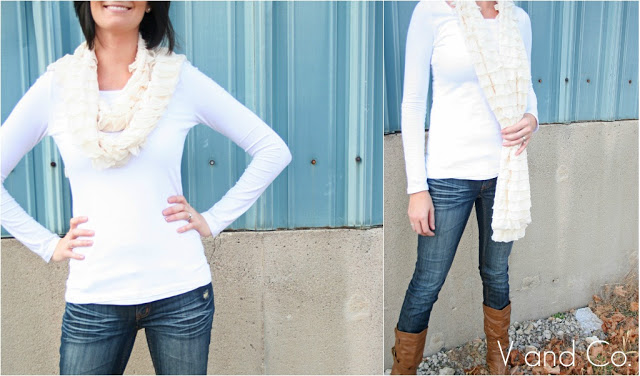 super duper fast/easy holy crap it’s too cute to be this easy scarf. or the shorter name version: a ruffle scarf.

i love scarfs. it’s like an accessory that makes you look just that much more put together. try it. any simple outfit, add a scarf and *POOF* you are three steps up on the stylish chart. true story. 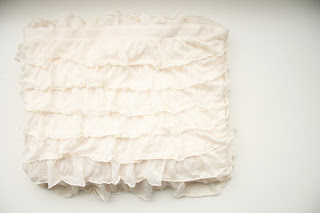 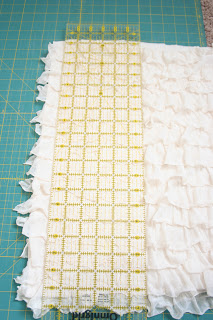 what i did but you shouldn’t do: i cut 4 pieces of 7″ each of the fabric with the ruffles laying horizontal.

WHAT YOU SHOULD DO: cut 2 pieces at 14″ each with the ruffles laying horizontal 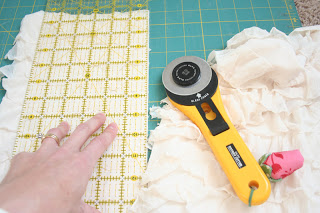 okay so pretend that this is cut to 14″ and from here on out. just disregard the width but the instructions are the same. i know lame-o but i’m trying to make it better for you.

so are we all on the same page?

-cut two strips of your ruffle fabric at 14″ x 36″ (because you have a yard that will be the length, if you want it longer you will need to add more yardage, it’s just the way that ruffles are on the bolt) 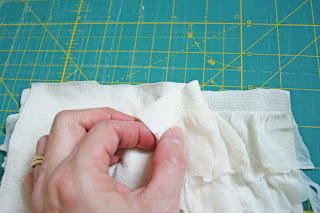 now you are going to take your two strips of 14″ x 36″ and place them right sides together.

sew the short ends together on one side (the 14″ side) 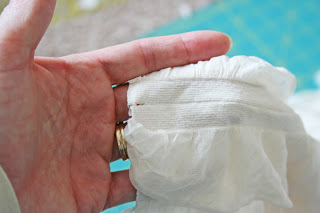 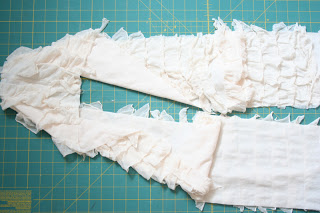 *note the picture has the wrong width

-now you will have one long strip

okay so here’s where you have to pay attention to the ruffles and how they lay down.

-with your seam in your hand let the ruffles cascade down on either side.

-fold over in half (the width of scarf) making sure the seams match and your ruffles are laying down the same way as the fabric laying on your hand. (picture 2) 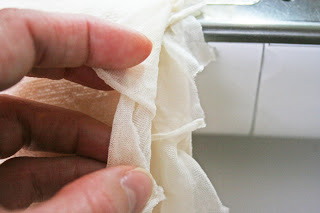 -lay down carefully on your sewing machine so the ruffles dont get messed up, and place the needle at the seam of your scarf (the one featured in the pictures above) this will be your starting point for the ruffles facing towards you.

-make sure that the raw edge of the ruffle gets sewn into the seam. 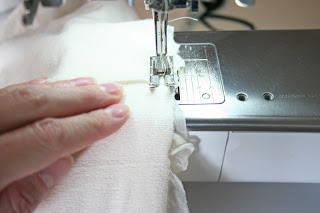 -sew using a 1/4″ seam allowance down one side of your scarf (with the ruffles laying down towards you).

-turn your scarf around (check that the ruffles fall towards you and aren’t messed up) and from the middle seam again sew the edge down with the ruffle laying down towards you. 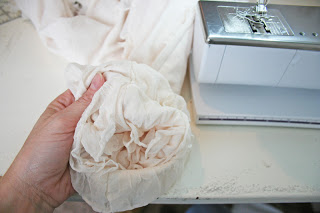 **place seam (the one along the long side of your scarf) at the back of the scarf where you wont see it, so it lays towards you when you wear it.

*now what i did for the scarf featured was tuck in the ends and hand stitch it, but i don’t love the bulk. i mean it works but i don’t LOVE it.

-so i suggest you just sew a top stitch (under the bottom ruffle). the edges will be raw, but as we have already seen in past projects there isn’t any fraying that happens so your raw edge wont matter one bit.

i learned a lot on this scarf. and the second one turned out better than the one featured here.

this one doesn’t look bad…so i think the instructions i gave you will make it turn out even better .

-let me know how you like it better than the one featured. 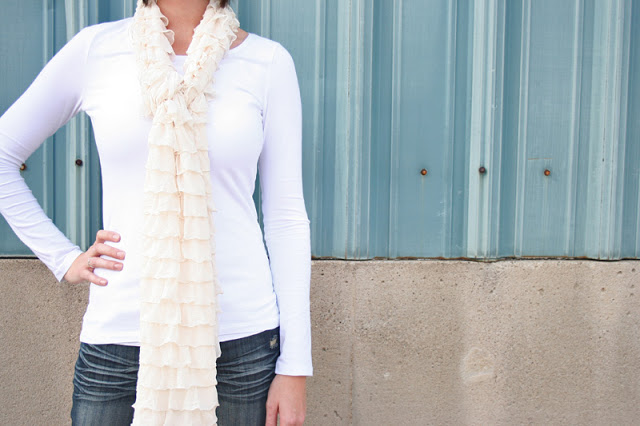 now go and be awesome in your scarf.