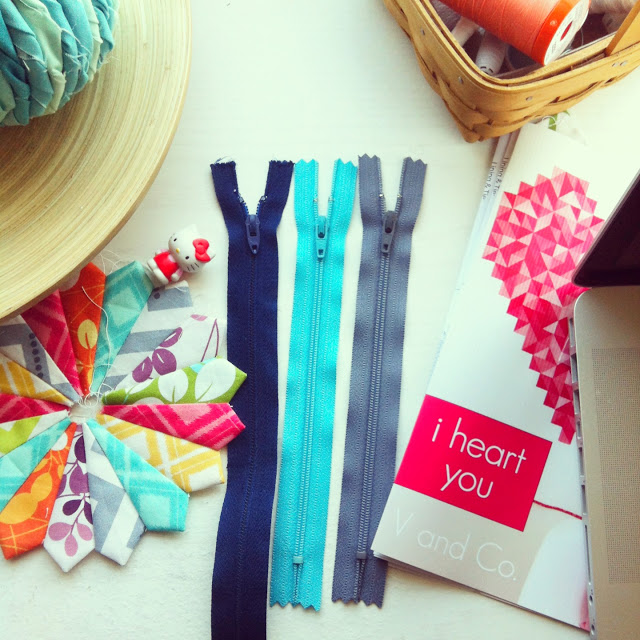 i am finally seeing more and more of my sewing and work table. things keep getting done. yay!

but i’m going to take a break from sewing (for these next 45 minutes at least) to write about our sledding adventures we had over the winter holiday.

our family went sledding with another family. you know to have some wintery fun and crap like that.

in our neighborhood we have a park with a BIG hill. during most of the year no one really talks about it or hangs out on it. it’s just a hill.

BUT, when winter’s here and the snow comes that hill becomes “THE HILL” the mecca for sledders young and old.

as the sun comes up you slowly start to see the hill peppered with new sledders, by midday the hill is a rocking, and by the end of the day you see at the bottom bits and pieces of carnage of broken sleds, missing mittens, and an occasional boot.

so basically, it gets really crowded.

so instead of wading through the sea of people on the top of the hill to find a slot to launch and then needing to maneuver the sled to dodge and weave between bodies, we opted to go to a more secluded place. where only a few (or dumb enough to do it) knew where to go.

so we put all the sleds and bundled up kids in the car and we caravanned out about 30 minutes and made our way into a secluded area that looked pretty close to a forest. as we turned the last corner we saw the open area that was our destination.

man that looks like a steep hill. i turn to the husband “does it look steeper than the one over by our house.”

he shrugs, puts the car in park and we start to get out all the sleds and kids.

the boys and husbands have run up ahead and my friend and the girls put ourselves a little more together by tugging hats down, and pulling up mittens snugly. as we follow the two chattering girls we make a little bit of chit chat, and then my friend says “oh my gosh is that blood?”

i look to see what she’s looking at and sure enough as we continue to walk we see that we are seeing a trail of blood.

right as i’m thinking this is a bad idea, we turn the corner and see only two other families and a few college age kids.

too late now, cant turn back.

the husbands are already up on top and we slowly make our way up the hill. the boys are having a blast whizzing by at optimum speed screaming “WHHOOOOOOHOOOO!!!”

okay so it can’t be that bad right?

when i finally get up to the top the husband looks at me smiling, holds up a sled and says “wanna go down with me?”

for a split second it felt like we were kids and on a date i jumped all happily and said “OKAY!!!” huge grin smile.

i get on, the husband gets on behind me, puts his arms and legs around me and says “okay ready?” 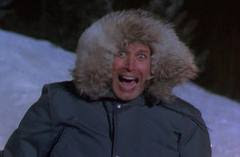 i was screaming at the top of my lungs “WE’RE GONNA DIE!!!!”

and i swear my eyeballs were at the back of my head.

holding on for dear life we were half way there, and then we hit a little bump.

and well a little bump and two fully grown people, going around a bazillion miles an hour…you can imagine…we caught some air. and by some air i mean we were in the air and we were moving in slow-motion. we were twisting in the air and when we landed… 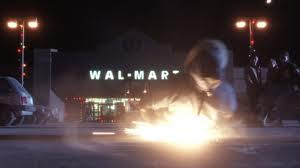 we kept going down the hill. (what did you think i was going to say we just stopped? nope)

we kept sliding down the hill at a super sonic speed but when we landed my husband’s legs and butt somehow ended up wrapped up all over my shoulders and head.

the man’s butt was litterally using my face as a sled…and my face was making a divot in the side of the hill. the.rest.of.the.way.down.

when we finally stopped the husband quickly untangled himself and grabbed my head and was frantic when he said “ARE YOU OKAY? VANESSA ANSWER ME! ARE YOU OKAY??”

as i looked up i started laughing so hard he was speechless.

the kids the kids the next day kept saying “hey remember when mom totally ate it on that hill?” “mom you were so funny!”

my body didn’t think it was funny two days later though.  sewing hurt. pretty sure just lifting my arm 1/4″ made me wince.

but it will go down in history as the year mom and dad went down the hill and dad used mom’s head as a sled.

and no, it didn’t stop me from going sledding ever again, i just haven’t had the nerve to do it again… just yet.