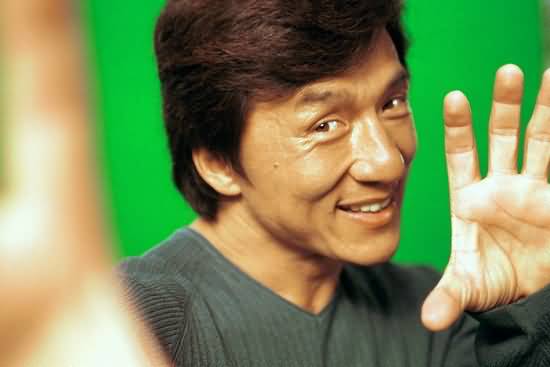 jackie chan that is.

yup, this is a story about the day i joined a gym again. the day i was forced to stop walking in the wee morning hours while most of the neighborhood sleeps.

see you would think that the word “winter” would have stopped me from walking.

i’ve been walking every monday through friday morning (except for rain) for the last 6 months. so when winter came around and it wasnt really that bad, i kept walking.

then it started to dip down into the single digits.

yup, you could say i’m pretty bad A.

well, even the biggest and baddest get taken down a notch every once in a while.

and that my friends, is exactly what happened to me a week ago.

let me set the scene:

my neighbor who’s gotten to know me and still kind of likes me and i being all bad A bundled up in three layers of clothes as well as sporting protective face gear/gloves/extra socks and so forth, up and walking our route, needing to watch our step a little bit more than usual because the last snow fall has left a few icy patches here and there.

we’re rounding to the home stretch and out of nowhere (not really the owner was standing there and i had seen HIM just not the little puff ball) a little puffball of a dog comes bouncing out from behind a snow bank.

i usually wrap the leash around my wrist a few times just to not have so much lag on the leash and well, our dog is a really great dog that normally doesn’t care too much about other dogs we meet up on our morning routine. he’s more of a look over at the other dog freaking out barking and pulling at thier owner’s leash and say something to the effect of “hey, sup? just chill we see each other ever morning dude.” kind of dog. and then continues on his happy little walk.

yup, my dog rocks and is probably cooler than yours…but then again he did get hit twice by a car…sooo. whatever the case he doesn’t pull me hardly ever.

okay so back to the puff ball. lets see where were we…he jumps out catches me and my neighbor and my cool awesome dog offguard…i’m attached to the leash…aaaaaah yes.

my dog for some reason jumped and pulled forward all in one flowing motion, and because i was caught off guard, my ninja like reflexes weren’t at their best.

but still, in my head as i was being pulled in midair, and while in my 360 degree flip i looked something like this: 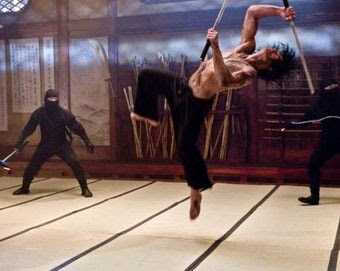 as it all happened in slow motion i could hear in a close but far away distant, my neighbor and the puffball dog’s owner say things like “ooooohhhh…OOOOUUUUUCHHHH…thhhaaaaats goooooot toooooo suuuuuuuck…” 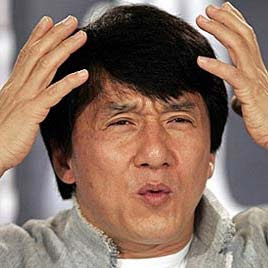 and then i envisoned mr jackie looking like this.

i landed flat on my butt/back

when i hit the ground, i hit really hard.

my dog then continued to PULL AND DRAG ME 4 to 5 feet, in the snow, just like a runaway sled.

while on my back being dragged, i collected a ton of snow, much like the snowplows do…

and then as quickly as it began…it stopped and i layed there:

when i finally came to, and was able to stand up, my neighbor asks “you okay?”

then she said “i didn’t laugh.”

and then i did. i started to laugh uncontrollably and so did she…so much that the other dog and the owner slowly slinked away and high tailed it out of there.

when i finally made it home, i told the husband what happened and he asked if the neighbor had had any way of documenting it because he was pretty sure we would go viral and then we could quit this silly business of working all together with that one video.

then we both looked at the dog…

the dog looked back and i swear to you said:

“sup? we going on another walk?…what? why you looking at me like that?”

nope buddy, no we’re not going on another walk.

and i no longer feel like a bad A.

two days later i “felt” the fall in my bum and back. the husband took care of me,(thank you husband!).

though i’m still waiting for the “sting” my pride took to go away(husband NOT helping on that one)…but somehow i think with each laugh, it gets a little better. 🙂