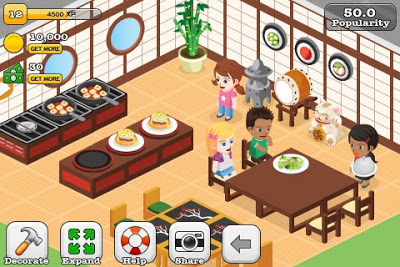 arrrrrrragghhhhh! i’m soooo mad i could SPIT!
first i have to do a disclaimer that i do not and will not EVER play any of those stupid facebook games. you know the ones…frontierville and farmville and whaterelseville…because i know myself. oh.yes.i.do.
and no matter how many times someone tries to ask me to give them corn or find their stupid sheep for them, i will not. because i know that i would get sucked in and pay attention to and think about and waste time on,and i would obsess over those stupid games. i don’t do well when i waste time. i hate it and it kind of stresses me out. so i just don’t go there you know?(i know i should go to therapy, don’t even start with me) so why the rant and rage? well let me explain in a little story i like to call:

“the day that my husband totally ruined my day over an app game.”

let me set the scene:
the kids and i went and got the flu shot, well for some reason i either was already going to get sick or the flu shot actually made me feel sick, i don’t know but like 8 hours after i got the shot i started to get sore all over and my stomach got queasy and i got a gnarly headache. i went to bed not feeling good, and woke up even worse. i did something i don’t normally do…i slept in till 10 am. and when i woke up i still felt like crap. jake needed to go to work and katie became my responsibility so i did what every responsible person would do, i rummaged around the messy bed and got a hold of the remote control and asked her:

“do you want to watch a movie?”

katie answered “no, i want to play a game on the itouch.”

now i was a little confused because i don’t really have that many games on there. well none that she would like i thought.

but apparently while i was in my flu like coma that morning jake had downloaded a couple of apps that she could play.

she got on there and got on a game called “tiny chef” it was new to me. i looked at it and then turned around and started to doze off again.

within 2 minutes she was so over it and wanted to watch the Tinkerbell movie. so i put it on, and went to turn off the game. but i felt kind of bad that the little people were hungry so i fed them some spaghetti. no harm in that right.

i’m sitting up in the bed, my eyes are bloodshot, but my headache is starting to subside due to the ibuprofen that i popped in about 20 minutes prior to that in between serving my little people. and the “tiny chef” restaurant?

i mean i’ve got so many tiny customers loving me and giving me a positive approval rating. i’ve got it almost down to a science. katie has decided that i’m not worth her time and has gone to play somewhere else.

but i have to get in the shower…because i should probably try to achieve something that day.

so i try to make sure i place enough food in my little virtual restaurant, and i go and make a huge commitment…

i look into buying a fruitcake. for 300 coins. which i totally worked for. and get this…it was going to take 8 hours to cook. BUT it would feed 1800 people.

no people i’m not kidding. there’s a reason why i never ever go there with these kind of games.

sooooo i did it. i buy the freakin fruitcake, and it starts to “cook”.

i have spaghetti, cookies and hamburgers going on the other griddles so i can still make sure the little people will be happy. but that fruitcake? that’s where the big bucks are.

span 8 hours, homework, guitar lessons, dinner, and cleaning up later…jake asks me to read something he’s been working on for work.

i walk downstairs with itouch in hand, my little people are eating chocolate cake, (that takes 1 hour to make) and fruit cake, (that oh yes i did, timed it just right so that i could get somethings done in between the cooking times of the food for my little people) and eating chicken, and cookies.

i place it down next to me in his office, and start to read. he grabs the itouch and i quickly say “don’t mess with the game!”

he rolls his eyes and says “relax.”

i continue to read.

then i hear the husband say “hey so how do i get more food for them?”

i spin around and say:

i’m like seeing red here. i’ve not been this angry in like…i don’t KNOW WHEN! i try to grab the itouch from the man i call my husband who if i understand correctly….just “trashed” my food that i totally just wasted the whole dang day timing correctly in between trying to be “kind of” productive.

he holds it up at arms length, i’m jumping up and down yelling at him “I CAN’T BELIEVE YOU JUST DID THAT!!! “relax” he says! OH MY GOSH YOU JUST RUINED SOOOO MANY HOURS!!!!”

and you know what he did? HE LAUGHED. oooooooooooh noooooooo heeee diiiiiiidn’t.

but one look at my face and “HAHAHAHAhaha…ha..ha…h…vanessa? are you serious? i’m sure you can get the food back. you should thank me though, cause you are acting kind of crazy.”

but you know what else? as i write this post, the husband is in bed next to me getting enough chef bucks to buy fruitcake, and he’s talking about expanding the restaurant and he’s just bought a new stove…and he’s a little upset over the performance of the waiters…they are not moving fast enough for him, and he’s wondering if chicken nuggets would be a good seller… but it’s all for me he says. yeah whatever.
comments closed