V and Co: My fabric line with Moda: Simply Color 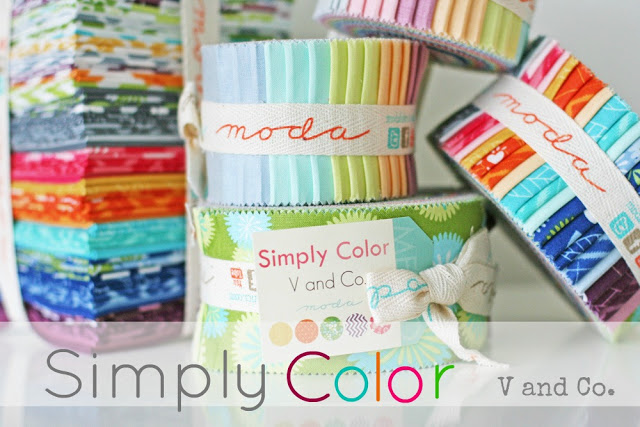 introducing: Simply Color by V and Co. (that’s me) for Moda. 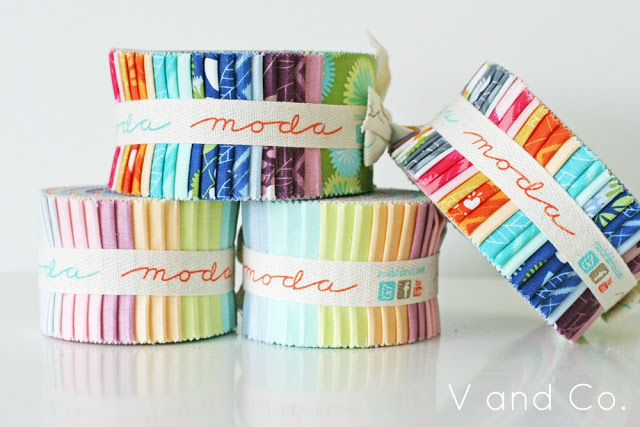 yes, i want to cry i love it so much.

YES, that is why the blog is so dang quiet, and the projects have been minimal.

BUT, all this planning and sewing and creating chaos is almost coming to a hault (well we’re in the tornado of chaos at the moment…) and after spring market…i should be FIRST having a melt down and THEN we will be back to normal…oh who the swear word am i fooling? 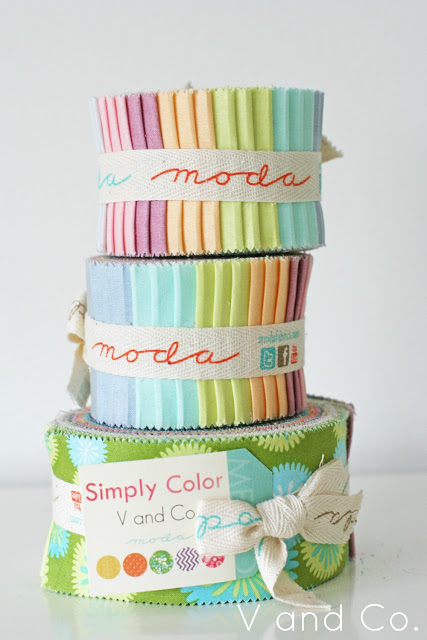 there’s always going to be some kind of crazy, and in between all the crazy there will be crafting. and so we will go back to or rather CONTINUE the crazy, but now you can know for a fact that a lot of my projects (patterns for sale AND on the blogaroo) will be made it this lovely stuff. 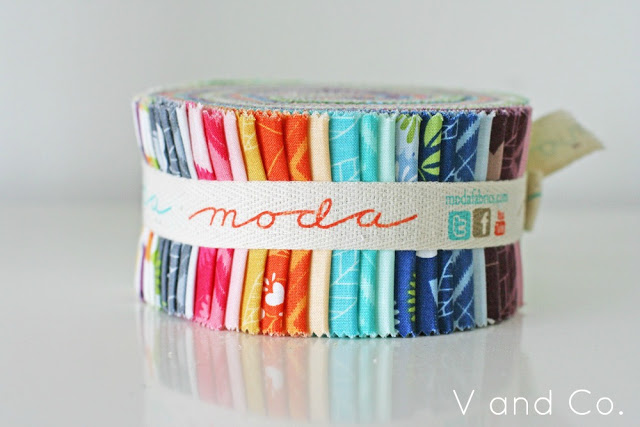 simply color is my first line EVER. it’s pretty much got every single favorite color i have in there…and yes, some of you will be SUPER shocked. there’s EGGPLANT (as some people would like to point out its just a shade of purple which i have been known to publicly say that i am not a fan of)

and while i am still not a HUGE fan of lavender (although its growing on me because the daughter loves it) and mauve, EGGPLANT rocks, and i’ll beat up anyone who says it doesn’t 😉

is wait for it: 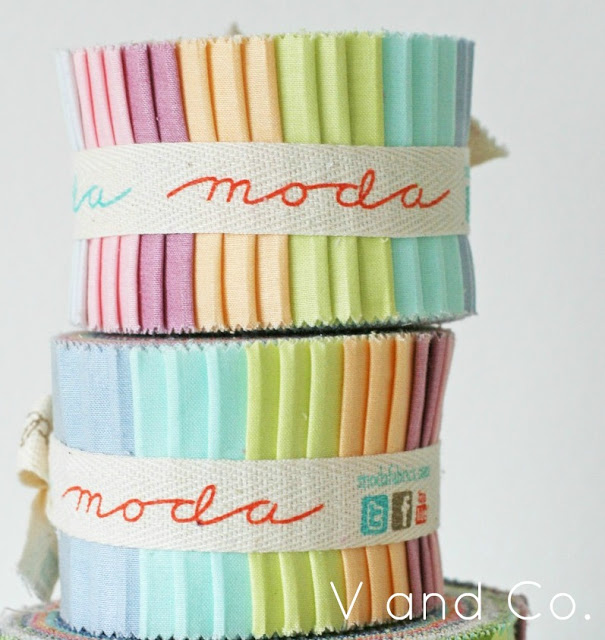 see these adorable little guys? yeah they look all pastel-y and stuff BUT

when you open up the jelly roll: 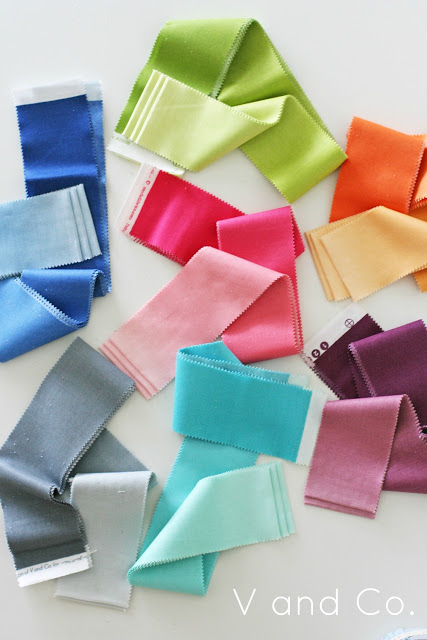 you actually see that in fact each strip is ombre.

what does that mean? 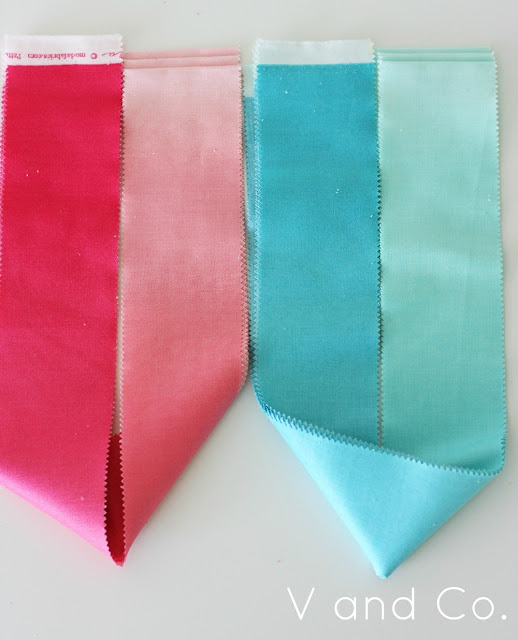 it means each strip consists all different shades of the same color.

it goes from dark to light on the bolt. 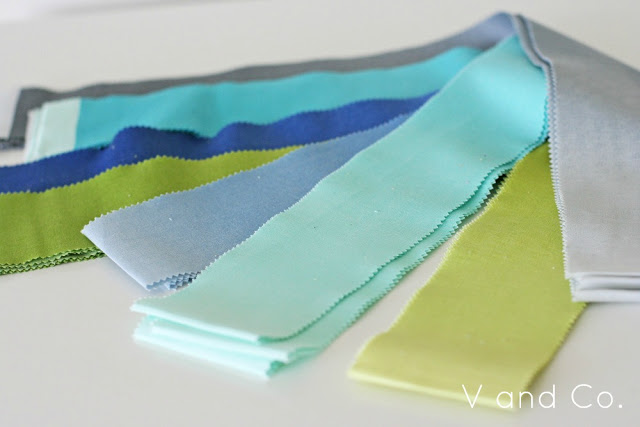 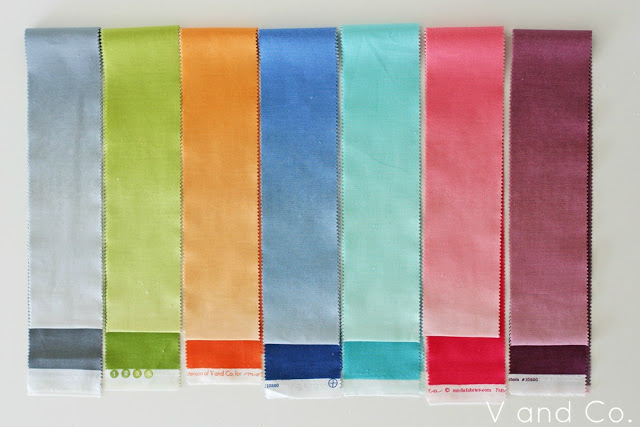 i’m a little in love with it.

i have some fun stuff i’m doing with it to show off just how cool ombre on jelly roll strips are and of course how cool it is to have lots of shades of the same color all on one bolt. 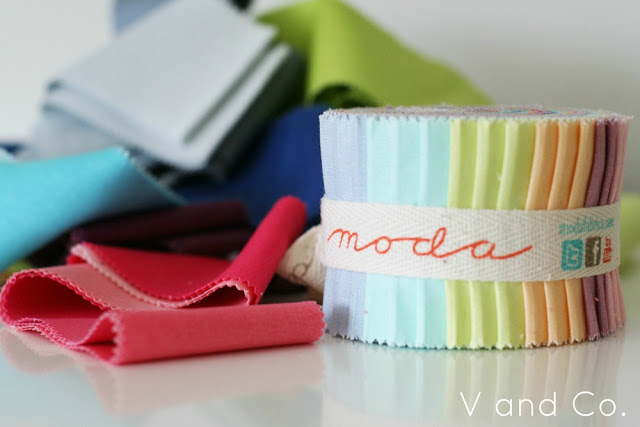 so what say you? you think ombre is as cool as i do? 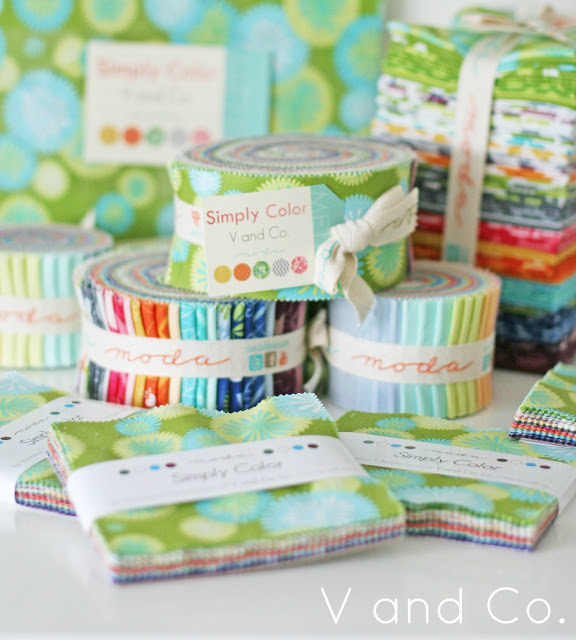 load off my chest.